If you guys are anything like me you sometimes get tired of watching the same modern dramas set in Seoul, well thank god we have historical dramas to bring us some light! Historical dramas are one of the top genres in Korea, and for good reason. They involve love, family, politics, and are always so beautiful. I wanted to share with you guys my 3 of my favorite historical Korean dramas! 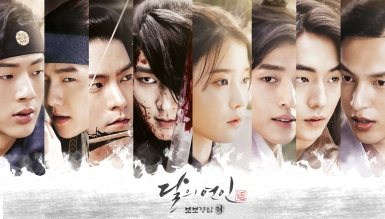 This drama aired on SBS from August 29 – November 1, 2016. This historical drama starred IU (Hae Soo) and Lee Joon Gi (Wang So) as the two main characters. I am sure most of you already know this drama, because of it’s insane popularity abroad. This is probably one of my favorite historical Korean dramas, and I wanted to share with you guys why!

This drama depicts that love story of Hae Soo and Wang so. It is set in the time period of Goryeo. Hae Soo was a normal girl living in the modern world, but after falling into the water during the eclipse she was transported back to he year 942. She had to learn how to adapt to this new society as well as try to live. During this time there were many princes wanted the throne. In the drama, there are 7 of those princes depicted. Wang So is the 4 prince, but he is seen as a horrible killing in the eyes of the people, his brother, and his mother. Hae Soo and Wang So go through many struggles and conflicts to achieve their love. 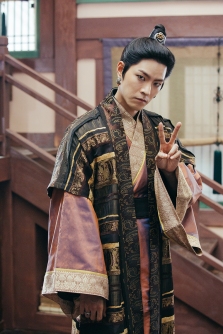 This was the drama that made me fall in love with Hong Jong Hyun. I know he is one of the many villains in this drama, but for some reason I just loved him. Maybe it was the eyeliner… I’m not sure, but all I know is this drama does a really good job at tricking you and making you like the bad guys. From the very beginning we all loved Wang Wook, but we feel so stupid after he switches roles. That is one thing I really loved about this drama, you can never be quiet sure who the good guys are and who the bad guys are.

If you want to watch a drama that is filled with love, sadness, fights, politics, and some funny moments, then you NEED to watch Scarlet Heart: Ryeo. It does a great job at keeping the environment intense, which is a must for historical dramas. Another great part about this drama that I loved is that they didn’t push Hae Soo and Wang So’s relationship really hard from the start. Honestly I wasn’t even sure Wang So was the main lead. I really like this because it kept you interested in the main couple, but still a little worried. Either way this drama is one of my all time favorite! 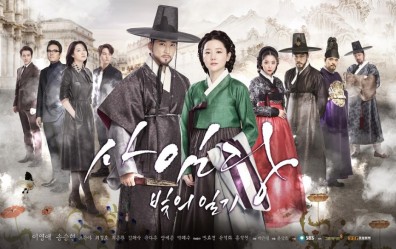 This drama aired on SBS from January 26 – May 4, 2017. This drama stars Lee Young Ae (Shin Saimdang) and Song Seung Heon (Lee Gyeom). This drama is set both in the modern day as well as the Joseon period of Korean history. This drama is a little bit longer than most, ending at 28 episodes, but trust me it is so good! 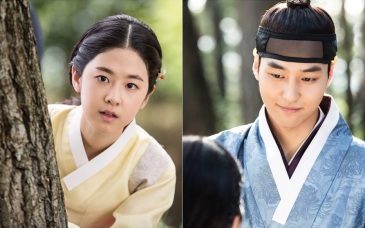 One of my favorite things about this drama is the art. This drama is set around art. During the modern times, a girl finds a painting that looks just like her. She is the same girl from that painting in the past. The drama goes back and forth from the past to the present, where the main characters try to figure out the secret from the past. I loved the use of art in this drama. One of the most beautiful Korean historical dramas I have ever watched. They play instruments, create poetry, and make art. If you want to get in touch with you creative side and really feel the magic of historical Korean culture, I really recommend watching this drama.

Unlike Scarlet Heart: Ryeo, this drama starts the romance pretty early, but don’t worry the drama starts pretty fast as well. The main relationship in this drama is one of the most beautiful ones I have ever seen. They really depict a whole heart romance between the two main characters and it is so beautiful. The relationship also brings to the art of the drama, which I really loved. Saimdang Light’s Diary is a drama that can show someone the beauty of all aspects of Korean history. From the scenery, to the culture, and even to the relationships, it is just a great drama to show you beauty. 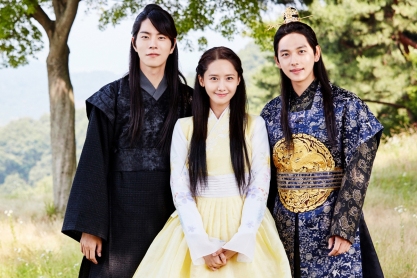 I have written a full review on this drama so if you would like to read that then Click Here!

This drama aired on MBC from July 17 – September 19, 2017. It starred Siwan (Wang Won), Yoona (Eun San), and Hong Jong Hyun (Wang Rin). This drama is set in the Goryeo time period in Korean history. It is a beautiful drama, about the struggles of 3 friends who happen to be part of the royal family.

One of my favorite things about this drama is the friendships. This drama is built and revolves around friendship and it is so beautiful. The writers do an amazing job at showing the struggles that can be faced by a true group of friends. I think a lot of people were so focused on Wang Won getting together with Eun San that they missed the point of the drama. The point isn’t the love with Eun San, but the true between the 3 friends. Through everything they were there for each other and never once stopped loving each other.

There is a running theme with historical Korean dramas, and that is the depiction of the beauty of Korea. The King Loves is probably one the most beautiful. The drama does a great job at showing the beauty in the culture. From the many different parties, to the outfits worn, and even to the the towns outside the palace. The drama showed people what the rich culture of Korea holds and how beautiful it is. I felt a sense of magic every time I watched a new episode of this drama, because they were able to make the scenes feel so magical and beautiful.

By far my favorite thing about this drama is the unending love Wang Won had for Eun San. This was the most pure love I have ever scene in a drama. Throughout the whole drama Wang Won and Eun San NEVER kissed or even had a real intimate moment besides a couple hugs. But even without these things it was SO clear to the audience that Wang Won was truly in love with Eun San from the moment he saw her. Every time he looks at her you could see the love in his eyes. I really liked this about this drama, because it was something new and while some might have found it boring, I found t so beautiful and pure and I loved it.