Ever since YNB debuted the rookie boy group KNK they have been known for their height. Nowadays it feels like ever idol is as tall as a tree, but the members of KNK are as tall as a skyscraper. To give you an idea here are their heights listed from tallest to shortest (even though none of them are exactly short):

You know your tall when this is how you get your makeup done!

I mean who doesn’t want to meet their favorite idols and realize you’re only as tall as their shoulders!! Imagine the great hugs these boys are capable of!! 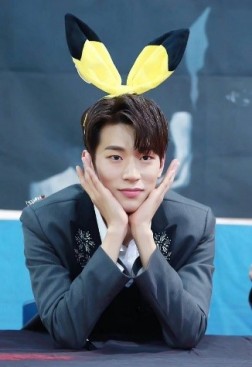 If you were to show anyone Seungjun’s parts in KNK debut song, “Knock” music video, they would for sure tell you he is a very intimidating person. However, Seungjun is quite the opposite. Since Seungjun is the lead rapper of KNK you would think he would have a hard and chic concept, but he is actually the baby of KNK.

I think that this double image that Seungjun has makes him even more interesting, since on stage he is scary and serious, but off stage he is a child who loves Pikachu!

Don’t Believe me, just watch this and you’ll understand he is a child at heart.

Now if you have never heard of KNK, firstly their amazing, but secondly, they debuted March 3rd 2016 with their single “Knock”. They released the song with a music video to go along with it. In the music video the fans got to see the beauty that is KNK choreography (thanks Jihun!), but one part stuck out more than others.

First, watch the music video and see for yourself if anything sticks out: 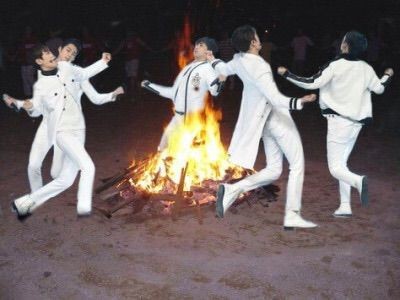 This dance move became the meme of the century for KNK fans. Honestly, I love this dance so much and the fact that it had such a great response from fans makes KNK stand out! Never stop tribal dancing KNK!!

There is nothing better than listening to your favorite idol laugh their heart out. Well, for Jihun fans we get this pleasure a little more than we would like. I don’t think there has been a KNK V live where Jihun laughing and falling on the floor hasn’t made an appearance.

If you don’t know which one is Jihun, just look for the tall goofball holding his stomach on the ground. Thanks for always brightening fans days with your golden laugh Jihun! 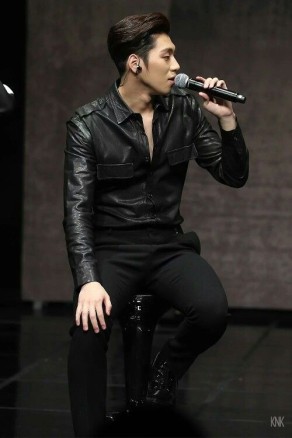 There haven’t been many times where I can say I fell in love with someone’s voice, but with Youjin and Inseong I definitely did. I am a huge fan of idols singing long notes behind the chorus of the song, and in almost every KNK song you can hear this from Youjin and Inseong. They both can hit such high nots with ease and you will literally feel goosebumps when they do.

Youjin was actually on a variety show called, “King of Masked Singers”. You can see him in episode 83 as the “UFO”. If you want just a glimpse of the power in this man’s voice please give this video a watch.

The voice of an angel!!

[King of masked singer] 복면가왕 – How did you contact ufo’s identity 20161030 – credit:MBCentertainment

The only way I would have guessed that Heejun was the maknae of the group was by his height. He is the shortest, standing at 5’11”/181cm, and the youngest of the group. Although he might be the youngest by age, he definitely is one of the oldest at heart. Heejun has this serious and mature charm about him that leads people to think he is one of the hyungs. I still get stocked when I hear KNK mention that Heejun is the youngest, he will always be a hyung maknae to me!

7) The funniest group ever

I know very well that everybody thinks their favorite idol group is the funniest, but KNK isn’t even my favorite group and I can appreciate just how lighthearted and funny they are!! Truly if you watched any of their V lives you can see just how amazing their friendship is. 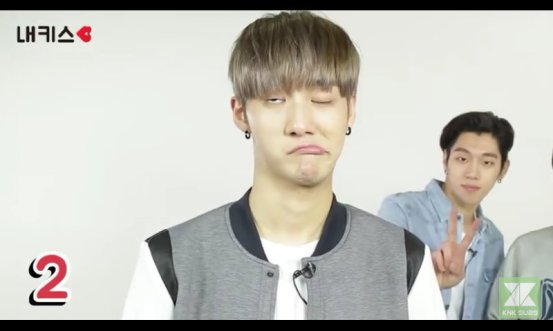 I know there is no way you can’t laugh at these! They are just a cute bunch of goofballs that make AMAZING music!

If you have never heard of KNK until now I greatly encourage you to listen to their music and watch their V Lives because they will make you SOOO happy! One of my favorite things about KNK is the fact that they are a rookie group(meaning they are not from one of the big entertainment companies in Korea so they don’t get as much exposure). Since they are a rookie group it makes them seem so honest and humble, they really feel like friends to me because they act so normal and don’t care much about their “idol image”. I appreciate and love KNK so much and I hope after reading this you either just started loving them or your love grew!^^